Back in July Todd Brix announced on the Windows Phone Developer blog that Microsoft pubCenter would be expanded 18 countries by the end of 2011. (Update 27/09: Microsoft released an official statement today) but while checking pubCenter today I noticed it is now possible to select out of 17 countries when entering tax information. Switzerland is the only one missing compared to the list announced back in July (but hey, it’s still 2011). When exploring some more I noticed that signup now lists 12 countries and payment requests can be made for the same 12 countries. The expansion doesn’t appear to be completed, but still it’s very good and important news for WP7devs living outside the US. So what are the improvements that I noticed:
What are the drawbacks still in place:
I guess all information will be disclosed in an official statement by Microsoft soon, since everything is already live on pubCenter right now. 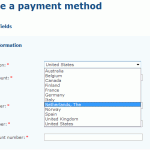 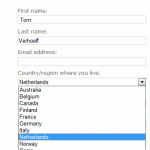